In a time when the entire world is faced with a climate emergency and a short window with which to change the way in which we live our lived, the Mayor of Paris has announced bold new plans that could dramatically change the urban landscape in the city.

The plans that were unveiled by Paris Mayor Anne Hidalgo are centred on an ‘urban forest’ planting scheme, aiming to plant trees and gardens alongside four historic sites in the city. The plan is to help improve the quality of the air around these locations, whilst addressing and creating greater awareness of climate change.

The four historic locations where the planting scheme aims to begin the process are the Place de l’Hotel de Ville, the Gare de Lyon, the Palais Garnier and a the banks of the river Seine. She told the French daily newspaper Le Parisien “I am convinced that Paris must adapt to changing temperatures,” she told the newspaper. “The Intergovernmental Panel on Climate Change forecasts heat waves at 50 degrees Celsius by 2050. We have an obligation to act today.”

The plan is part of a wider goal that has aimed to create vegetated and permeable surfaces throughout 50% of the city’s surfaces and is also to be integrated within the aim for Paris to become a carbon neutral city by 2050. To the north side of the Gare de Lyon a small urban forest will be planted, whilst behind the Palais Garnier trees will be planted, as well as either side of the forecourt of the Place de l’Hotel de Ville.

There was a worry that the planting of trees and mini urban forests at these locations would serve to block the view of famous Parisien pieces of architecture, but this will not be the case, with careful planning aiming to not only boost the environment but to also add something to the scenery, rather than take away from the architecture on show. Aside from the four historical landmark sites, there are also plans for the city to plant similar green spaces across 28 children’s playgrounds in the city, before moving on to other types of urban areas. 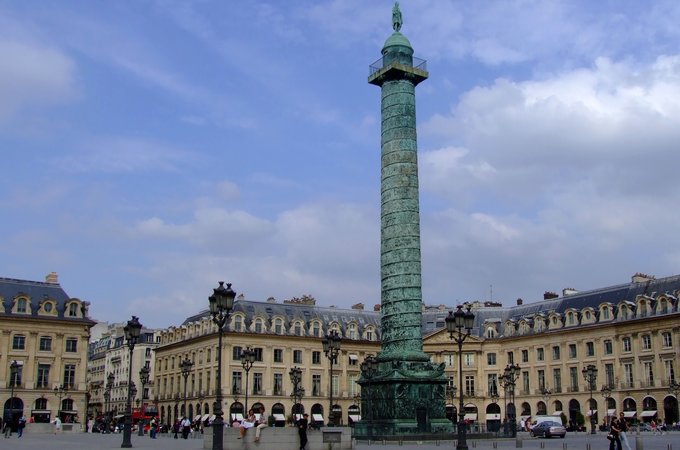 As our urban landscapes continue to grow at previously unimaginable levels, it is important to understand that there are still effective ways in which we can challenge climate change and still deliver beautiful and functional urban environments and big city living. These plans in Paris might sound dramatic, but they are not that difficult to imagine, and could be put into practice with relative ease in the grand scheme of things.

Not only do architectural plans and urban planning such this one take guts and have a positive environmental impact, they are also a great way to improve the day-to-day lives of inhabitants of that city. The people of Paris will greatly benefit from being around greener spaces, providing locations that provide a tiny slice of serenity and peacefulness away from the hustle and bustle, in an otherwise hectic urban metropolis that is one of the great cities of the world.

Architectural Firms Aim at Satisfying their Clients with Best of Works